Introduced in 2012 to commercial cinemas, Dolby Atmos incorporates height effects speakers to create special effects which emanate from above the viewer. This brings a new and thrilling dimension of realism to the movie theater experience.

According to Dolby Atmos this is the first audio format based on audio objects rather than channels. In Dolby Atmos, any sound such as a helicopter, a blaring car horn, a yelling child can exist as an independent audio object, free of channel restrictions. Sounds can be placed and moved anywhere, including anywhere where they would occur naturally in a scene. Sounds move in three-dimensional space flowing above and around the listener in step with the visuals to bring a new sense of height and reality. The Atmos speakers bring out many different nuances and another dimension to the listening experience.

A nice bonus is that Atmos content does not require a new codec, and instead is an extension of the lossless Dolby True HD codec. This means new/recent Blu-ray players will support Atmos without requiring a firmware upgrade (older players may experience compatibility issues). An Atmos-capable AV receiver is also required.

Implementing Dolby Atmos in a home theater will involve either mounting speakers high on a wall and having them radiate sound directly down, installing them in the ceiling, or adding Atmos height effects speaker modules which fire upward at the ceiling, thus relying on boundary reflection to provide the illusion that the special effects are originating from overhead.

The excitement and buzz about Atmos has continued to drive the demand for Atmos encoded Blu-ray discs. This collection of thrilling home theater content grows more and more with each new movie release. Currently titles are available on Blu-Ray, Ultra HD Blu-Ray and 4K players. VUDU a streaming content provider has many different titles to choose from.  Adding a new Dolby Atmos receiver and speakers to your Theater Room or Media Room will guarantee that you are listening to your movie choice the way the Director intended. 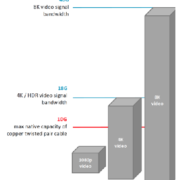 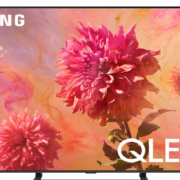 Is it time to upgrade to a 4K TV

Is it time to upgrade to a 4K TV

Why Fiber Optic
Scroll to top